Happy Birthday August babies, and their friends and loved ones!

Your birthstone is the beautiful peridot. This is one of the few gemstones that can fall from the sky, encased in meteorites, specifically known as pallasite. When not falling from the sky, peridot is formed deep within the earth and delivered to the surface through volcanic eruptions. It has been mined since as early as 1500 B.C., and it was prized by ancient Egyptians who called it “The Gem of the Sun.”

Peridot can also be called olivine or chrysolite, and can often times be confused for an emerald. It has even been called “the evening emerald,” because in artificial light it actually glows. 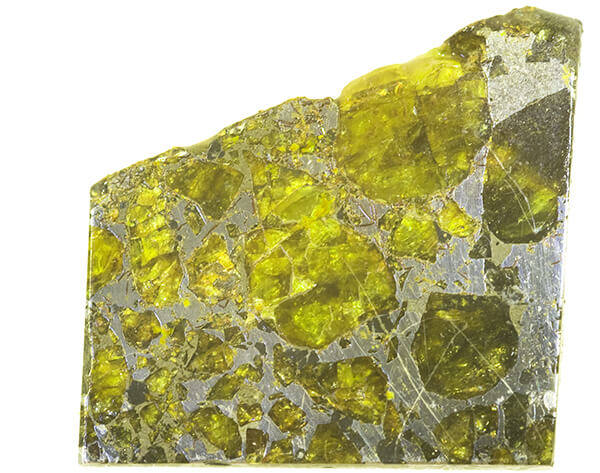 This stone is a beautiful yellow green, or green with golden undertones to a deeper olive green. The tint and intensity of the green depends on the amount of iron in the crystals. Look for peridot that is free of dark inclusions, and has a deeper green to golden-green color. Peridot with visible inclusions, and a more brown-green color are less valuable.

Because of its makeup, it is very difficult to find large pieces of peridot. That makes the larger stones of 2-3 carats much more expensive. It’s a relatively soft stone, so special care should be taken so that it’s not damaged.

Peridot is found around the globe, but one of the biggest producers is right here in the US, the San Carlos Apache Indian Reservation in AZ. China is fast becoming a large producer, and Pakistan and Myanmar produce some of the highest quality stones. 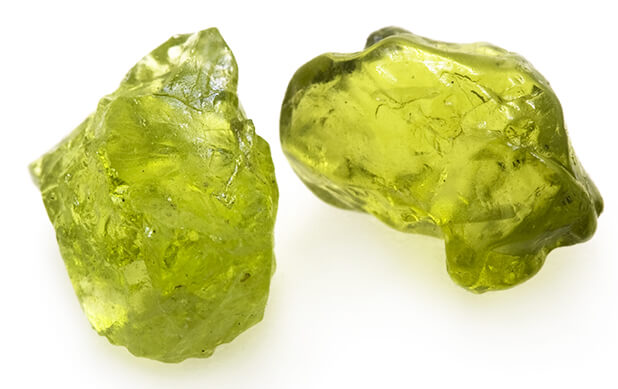 Traditionally people would set peridot in gold, and wear it on the left arm to ward off evil. It is also said to protect the wearer from terrors of the night and nightmares. Use peridot as a protection stone, allow it’s positive energy to lift you, and reduce fear and negative emotions.

Wearing peridot is said to have a detoxifying effect both physically and emotionally. It can be beneficial to those suffering from depression, bring a lightness to the soul, and an opening to the heart. It attracts lovers, and reduces jealousy. It’s physical detoxifying effects can be seen with improved digestion and liver function, as well as clearer skin.

Peridot can also help the wearer understand his or her spiritual purpose. Use it to increase self esteem, and view the world in a more positive light. Feel the energy of the peridot work to open and clear the Heart Chakra and Solar Plexus Chakra. 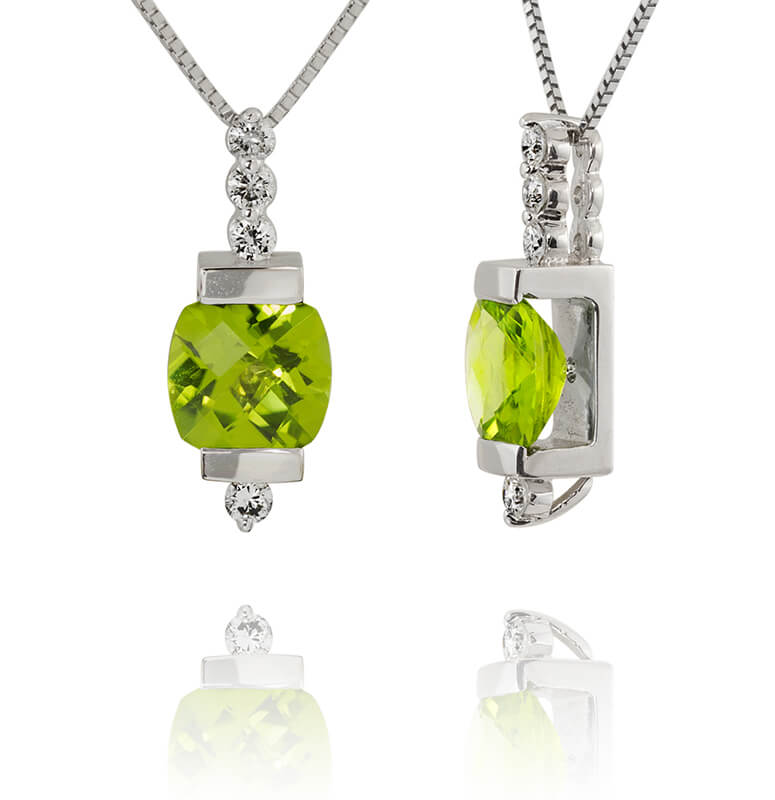 Let us help you create a custom jewelry design featuring peridot, a great gift idea for your loved ones with August birthdays!