The beautiful green emerald is the birthstone for the month of May, its lush color reflecting spring growth and new beginnings. Emerald is the most famous member of the Beryl family which includes Aquamarine and Morganite. 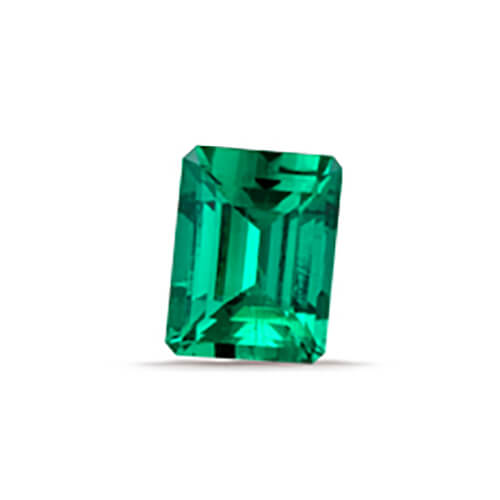 The most desirable emerald color is a pure green with a deep color saturation that is even across the stone. The geographic location of the different mines and the amount of the trace elements found there, chromium, vanadiam and iron, determine the quality of the color in the emerald crystal.

Think of the Emerald City in the Wizard of Oz to help you really visualize the color of the most desirable emeralds. Different hues determine whether a stone is an emerald or a less valuable variety of beryl. If the color leans to yellow or blue the stone isn’t considered an emerald. 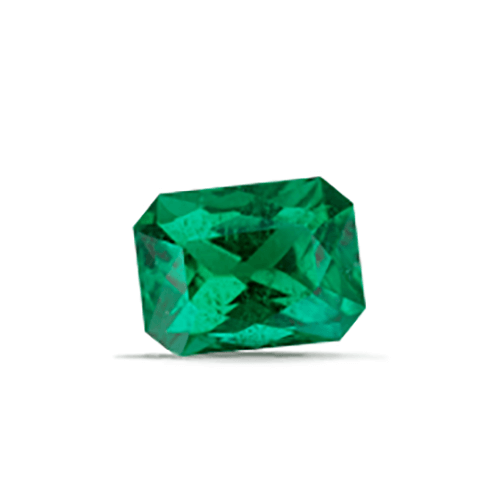 Emeralds are naturally filled with internal inclusions and fractures and may have some surface breaking cracks or fissures. These inclusions are generally considered acceptable in emeralds and are referred to as “jardin”, French for garden.

The vast majority of emeralds are treated with oil to improve their clarity.

In the rare and unusual Trapiche Emerald the various impurities become trapped inside the stone and create a wheel like inclusion that is very distinctive. 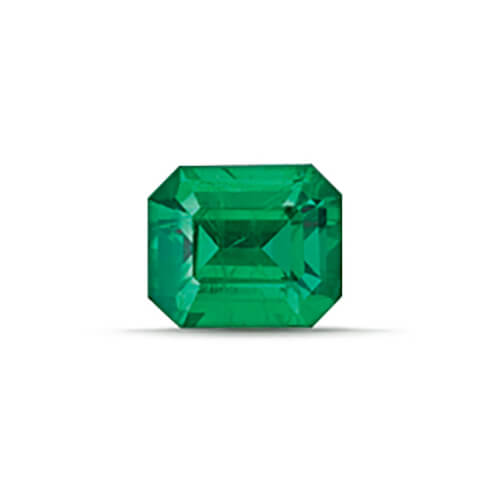 The emerald cutter will look at the shape of the rough emerald crystal to determine the best shape for the finished stone. The goal is to have little waste and utilize as much of the rough as possible.

Emeralds can be cut in a variety of shapes - brilliant, cushion, cabachon or step cut.

The step or emerald cut is a good choice because of the parallel facets that are cut going down from the top open facet. This cut allows the beautiful color to come through and adds structural integrity to the stone. 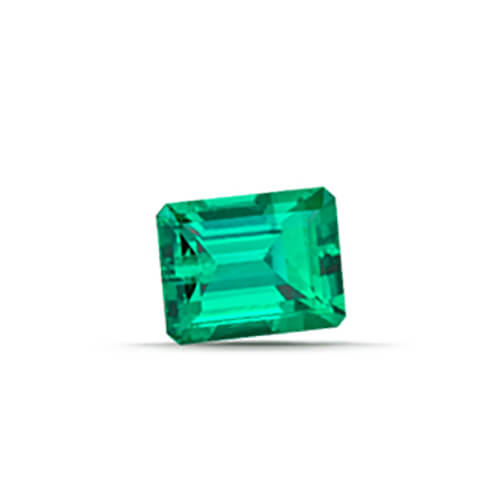 Emerald brilliance is the amount of sparkle or life that the stone shows when being viewed from different angles. This factor is determined by the emerald cutter and precise cutting skills.

A well cut emerald with symmetrical facets will reflect light back out. The brilliance of an emerald is what makes one stone stand out from the others. 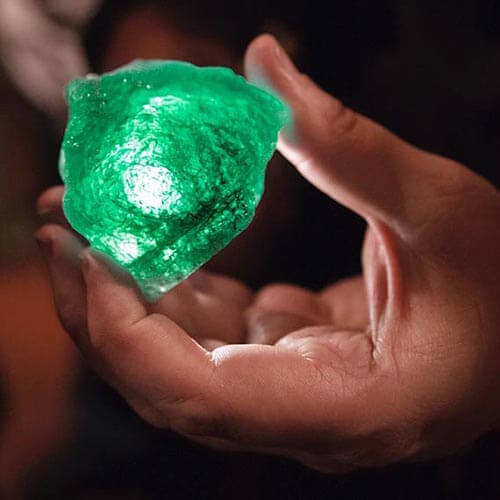 Emeralds are listed on the Mohs scale as a 7.5 to an 8 which indicates the hardness of the stone. Because of the natural inclusions in emeralds they can be brittle and chip or break easily.

It is important to consider this when choosing a piece of emerald jewelry for daily wear. 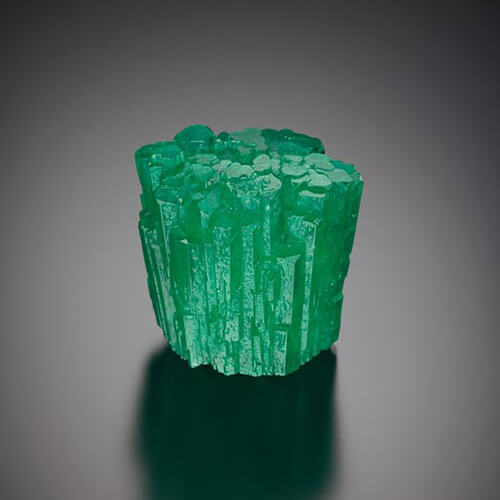 One of the largest suppliers of lab-created emeralds is Chatham. The company created the process of growing emerald crystals 75 years ago.

They start with a naturally mined seed of fine Columbian emerald with perfect color and place it in a lab environment rich in chromium. The lab grown crystals grow larger and cleaner than emeralds grown naturally. The cutting process removes up to 80% of the rough leaving an emerald that has no inclusions and the most desirable color saturation.

The price of lab grown emeralds is much less expensive than emeralds that are made in nature.

The green color of emerald was noted in writings by Pliny, the Roman scholar. He described emerald in his Natural History, published in the first century.

History shows Emerald was first mined in Egypt by the Red Sea as early as 3500BC. Cleopatra had a passion for emeralds and had them used in royal jewelry. Until the New World was discovered Egypt was the only known source for emeralds. Records show that the mines were worked by the ancient Egyptians, Greeks and Romans.

By the 19th century when the Cleopatra Mines were rediscovered the supply of emerald rough had been exhausted.

Treasures with emeralds created by Mayan, Incan and Aztec cultures were probably made with stones found in Columbia.

The Spanish explorers that discovered the New World in the 1500’s looted emeralds from mines in what is now modern day Columbia. They in turn traded emeralds for precious metals and spread the desire for the beautiful gemstone to Europe and Asia. 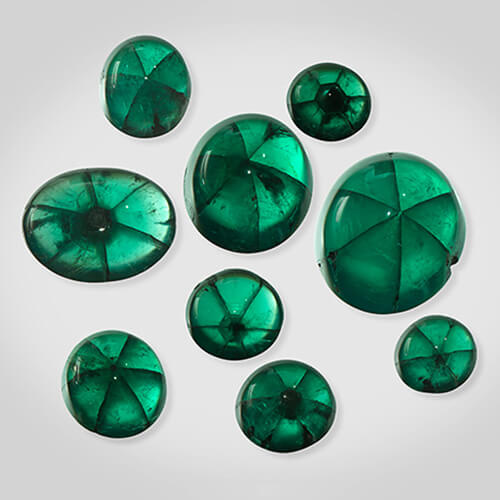 Many of the magnificent emeralds in the Topkapi Palace Museum in Istanbul Turkey came from the Columbian mines through Spain and India. The Crown Jewels in Britain and the Iranian Crown Jewels also have many of the finest examples of emerald jewelry and royal accessories containing some of the largest natural emeralds ever mined.

Legends about emeralds include the ability to foresee the future when an emerald was placed under the tongue, that it could cure disease and provide protection on journeys. The green color of emeralds was believed to soothe the eyes and restore eyesight. In many cultures emeralds were believed to be calming and to symbolize trust, protection and fidelity. 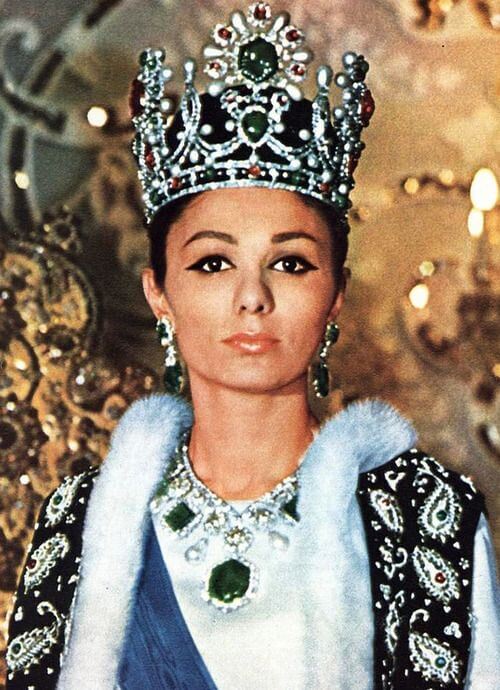 Columbia is the worlds largest supplier of fine, high quality emeralds. Half of the emeralds mined every year come from the mines in Columbia.

Zambia and Brazil are next in line in the production of emeralds but the emeralds are smaller and lower quality than the Colombian emeralds. Zimbabwe and Pakistan also have producing mines followed by Russia, Afghanistan, Australia, Madagascar and Tanzania.

Luck is with you if you can call Emerald your Birthstone. It is one of the oldest, rarest precious gems created by Mother Nature. There is something magical about the combination of color, clarity and brilliance of a well cut emerald. 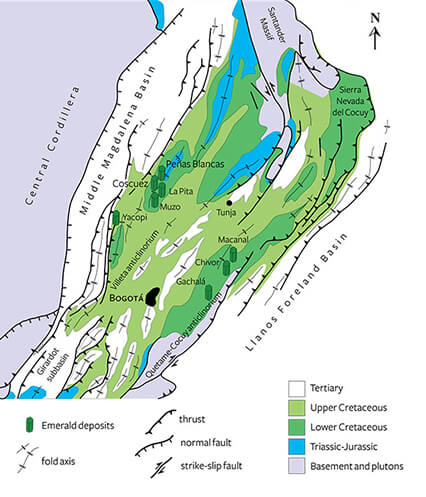 If you love emerald as much as we do, make an appointment with Gilmore Family Jewelers to view our collections or to craft a custom emerald piece for you or your loved one.